After 5 months and 100 walking days into my quest to raise awareness, I am 100km from the finish line at Cologne Zoo.

Please help me by sharing this story and donating to the cause.  Help to stop the slaughter!

800 rhino poached so far this year is an awful record that must be stopped.

To donate please go to https://gabywalksforrhinos.com/spende-donate

Have had a couple of guest bloggers fill in some gaps, but a lot has happened since my last post.   I had a break to see doctors and family and then restarted walking between Berlin and Hamburg.  The Elbe River is harder to walk near than the Rhein River, as it has a wide flood plain and riverside wandering tracks are not as frequent.  However, the Germany countryside continues to amaze me with its diversity and beauty.

We saw the lovely little village of Hitzacker (which has been flooded dozens of times) and its experiential archaeology site built on a on the site of a Bronze Age village.  (see http://www.archaeo-zentrum.de/site/archaeology-museum.html)

We stayed for a week in an organic farm (Bio Hof) with lots of lovely geese, pigs, Norwegian horses and Heide Schnucken.   The Heide Schnucken is a breed of sheep from this area that are famous for their long coats and grazing on the banks of the Elbe. 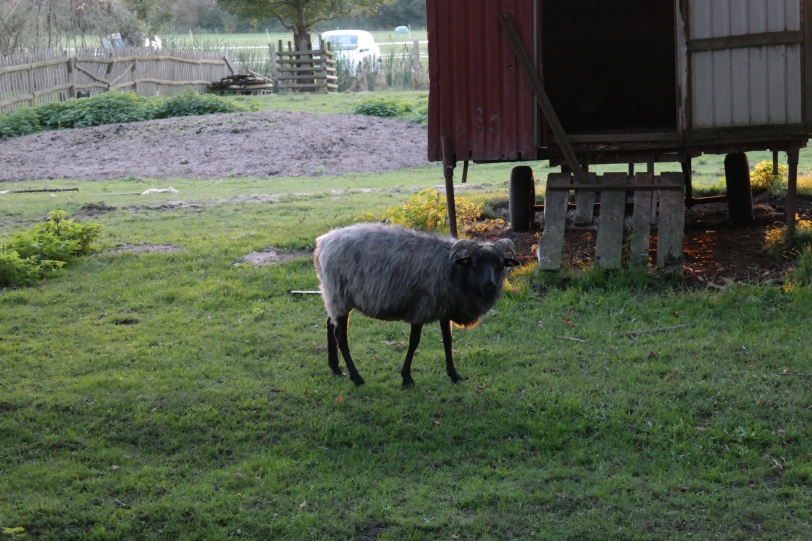 In a Paul Kelly song is the line “a chilly city soothes a troubled soul” about the port city of Hamburg.  It is the home town of a dear friend of mine, so we took her advice on touring around the city.  The harbour is wonderful and full of the sounds, smells and vibrancy that you expect from one of the world’s largest ports.   Next time you see a shipping container see if it is labelled Hamburg SUD – I swear half of them are!   Just around the corner from the harbour is the infamous Repperbahn…a different set of sounds, smells and vibrancy; but definitely a lively place!

Leaving Hamburg we passed through the fascinating but not well known Buxtehude.  The brick-laying craftsmanship is truly artistic. 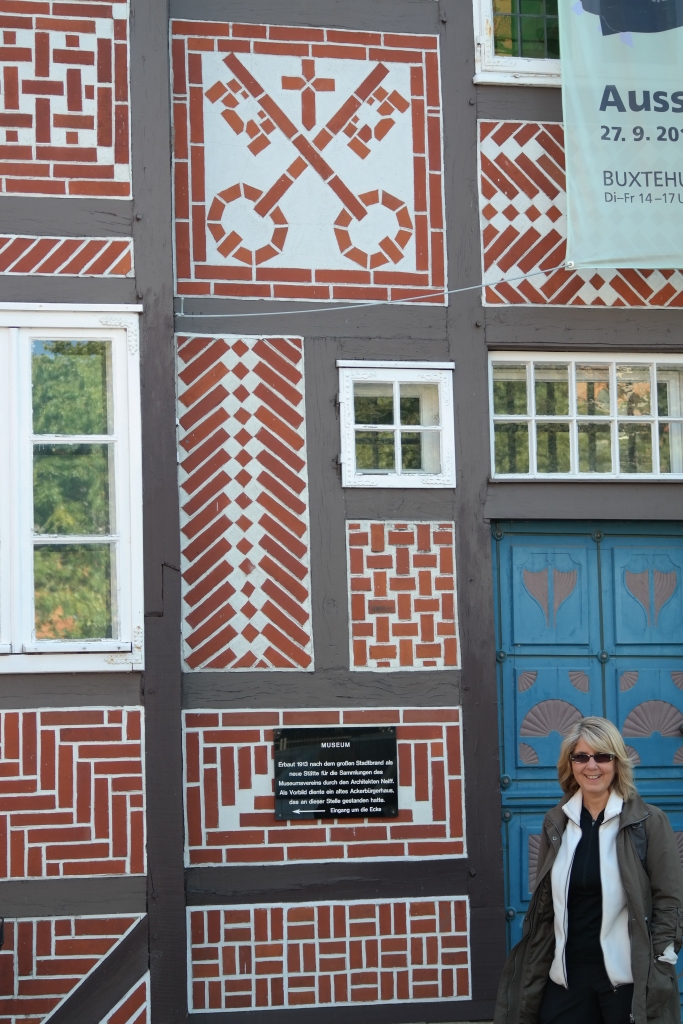 My journey followed the path through Bremen, which is also a free trading port .  Smaller than Hamburg, but an absolutely gorgeous inner city with many beautiful buildings and the famous statue of the Town Musicians modelled from the Grimm bros fairy tale.   This is a story about animals working together to defeat the bad guys and live happily ever after. Pity it’s a fairy tale. The animals of Africa need a miracle like this.

We then decided to head to Brussels for World Elephant Day.  iWorry.org and the David Sheldrick foundation organised gatherings in 40 cities around the world and Brussels was not that far (700km).  The funny thing was that while we were on the road an event was organised in Lueneberg (50km away!).  It was good to meet some folk who sincerely care about wildlife and the threat of extinction.  The march was not just about elephants (every 15 minutes an Elephant is poached for the tusks), but also lions and rhinos. 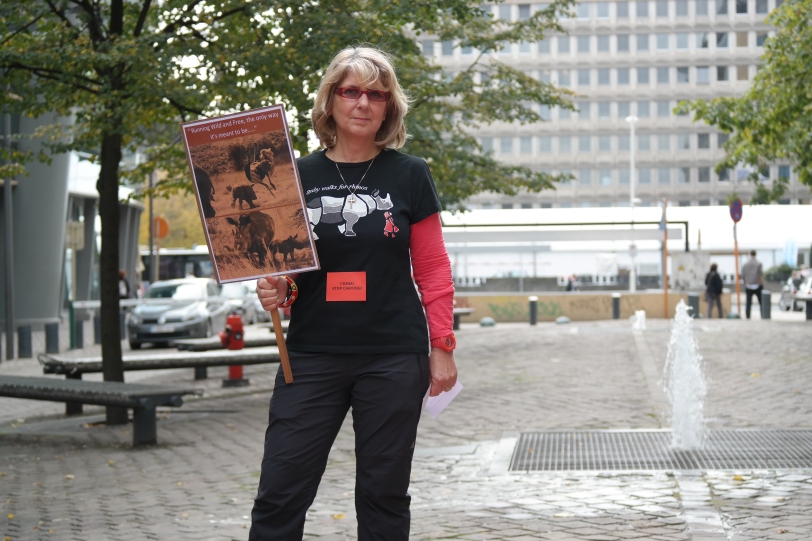 The latest statistics are horrific. Officially 790+ rhinos in South Africa alone, so on track for 1000 murdered rhinos this year.   PEOPLE!  THIS IS OUTRAGEOUS!  WE ARE WITNESSING RHINOCIDE!

I needed to clear my head after Brussels , so we took a few days break with friends to Jungholz, which is a pocket of Austria in the alps on German/Austrian border.   It started snowing as we started the drive up the mountain, then we were almost snowed in as half a metre fell  over the next 2 days!   Loved it.   Did some good walks and shared the rhino story with the Austrians and Bavarians.

Continued walking on the trail and have passed Muenster, Duelmen, Haltern and into the industrial heartland of Germany in Recklinghausen, Herne, Gelsenkirchen and Oberhausen.  Despite the heavy industry that abounds here, I was surprised just how green the region is.   There are still belts of green and clean rivers and forests and walk/cycle paths between villages and towns. The autumn leaves provide a yellow/brown/red carpet and a different type of beauty.

And the palace on the lake (Schloss Struenkede) is wonderful.  The moat is much cleaner than in medieval days when all the rubbish was simply thrown out the windows!

So as I head towards the last 100km of this journey, I feel a little sad.  Sad that the walk is over;  sad that so many rhinos are still being hunted and are at risk;  sad that we are the generation/the cause of this animal being critically endangered;  sad that we cannot seem to protect these creatures; sad that the myth of rhino horn as medicine persists…just sad.

Until next time,   Gaby

5 thoughts on “Nearly there”